I entered the Charity of Fire Charity race as a member of the Fitzwilliam college team. The charity race follows in the heroic footsteps of the famous film “Chariots of Fire”. The film tells the story of a Cambridge runner’s bid to win a gold medal in the 1924 Olympics and includes the iconic scene of the race around Trinity College Great Court. In the charity race teams of six run a 1.7 mile circuit through the colleges and along the Cam. Trophies are awarded to the fastest team in each category consisting of woman, men, mixed, college and veteran. 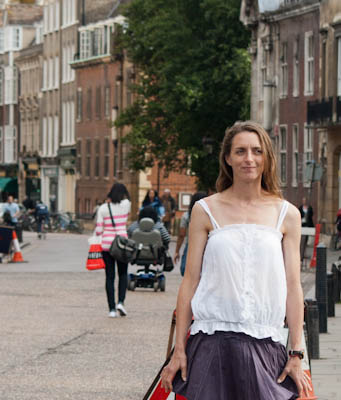 Even though this race did not really fit into my race preparation for my two Ironman World Championships races in Hawaii in October and Florida in November, I offered to run one leg to make a full team of 6 runners. 1.7 Mile running races were not on my agenda and I participated more out of responsibility for my otherwise incomplete college team than for personal achievement. And, as Cambridgeshire’s largest charity relay race, the sponsorship money of Fitzwilliam college would be split between Romsey Mill and Red Balloon charities.

Founded by local churches in 1980, Romsey Mill works with around 1000 disadvantaged young people, children and families each week. With them, the charity creates opportunities to overcome disadvantage, promote inclusion and develop well-being. The charity works specifically with young parents, young families, 9-16 year-olds on the autistic spectrum and young people needing focused support to increase confidence and skills. The charity provides support through activity-based groups (e.g. urban music, sport), 1:1 sessions, work in schools, outreach, courses, home visits and residential. The money raised will allow to help 140 vulnerable children and young people to achieve positive outcomes in school and life, through developing emotional resilience, aspirations and skills, as part of a ‘Transition programme’.

The other charity to benefit, Red Balloon Learner Centre in Cambridge, provides a protective educational environment for badly bullied children who are too scared to attend mainstream schools and who are in desperate need of building up their confidence and learning abilities.